Pregnancy Idle 3D Simulator, a unique mobile idle game that simulates pregnancy, joined the Gismart portfolio last week. In just six days after being released the game reached 5th place in Free Games Overall chart on the App Store in the US. The game is also highly popular in the UK market, currently taking 4th place in the free games chart.

The game has a unique concept and currently has no analog on the app stores. The gameplay involves the user performing simple actions such as repeatedly tapping the screen in order to “energize” mom and allow the baby to grow. Thanks to high-quality 3D-graphics players can observe the development of the fetus in real-time: from the moment of conception to birth. The vibration of a mobile device simulates the heartbeats of a baby growing in the womb. 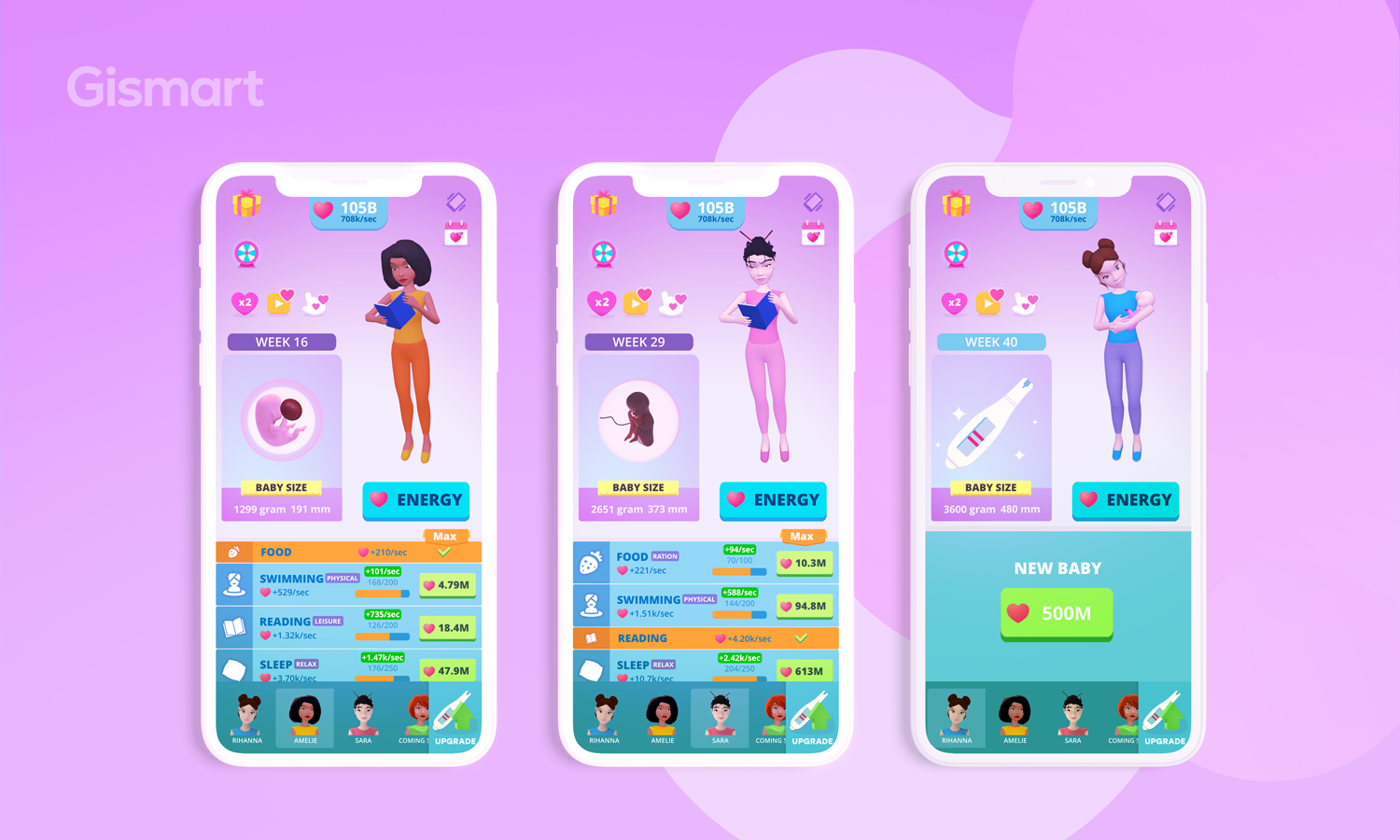 The game supports diversity and provides the opportunity to select or customize the character. After “childbirth” users are offered the possibility to design and decorate a nursery. In future releases, the developer promises to add various scenarios and challenges where players need to strive for a healthy pregnancy, baby and life after birth.

“We’ve been quite successful with launching idle game titles. Pregnancy Idle is the 4th in our portfolio and we are excited to see that the game has been so well received across many countries. In addition to entertainment, the game also has educational functions. For example, in the game, you need to observe a certain ratio of energy sources that the mother receives. Through a combination of activities such as exercise, nutrition, entertainment, and relaxation, the baby will develop appropriately. Therefore, we expect that the game will be interesting to a wide audience: couples who are preparing for a child, teens who are interested in it for educational purposes, and also pregnant women who can get rid of stress by using the game. The genre of idle, where the gameplay consists of the so-called “taps” on the screen of a mobile device, has a positive effect on mental relaxation,” commented Andrey Mihlin, Gismart’s Head of Gamedev.