If you haven’t met yet, Beat Maker Star is one of our latest and greatest titles!

“We’ve had the idea of gamifying the beat creation for some time. User feedback and playtests convinced us further that this was an idea worth following. For a couple of months, we tested the game as a feature in Beat Maker Go. Here we polished the game mechanics, improved game levels and eventually released it as a stand-alone product in the App Store,” – says Ilya Tukailo, Gismart Product Manager. 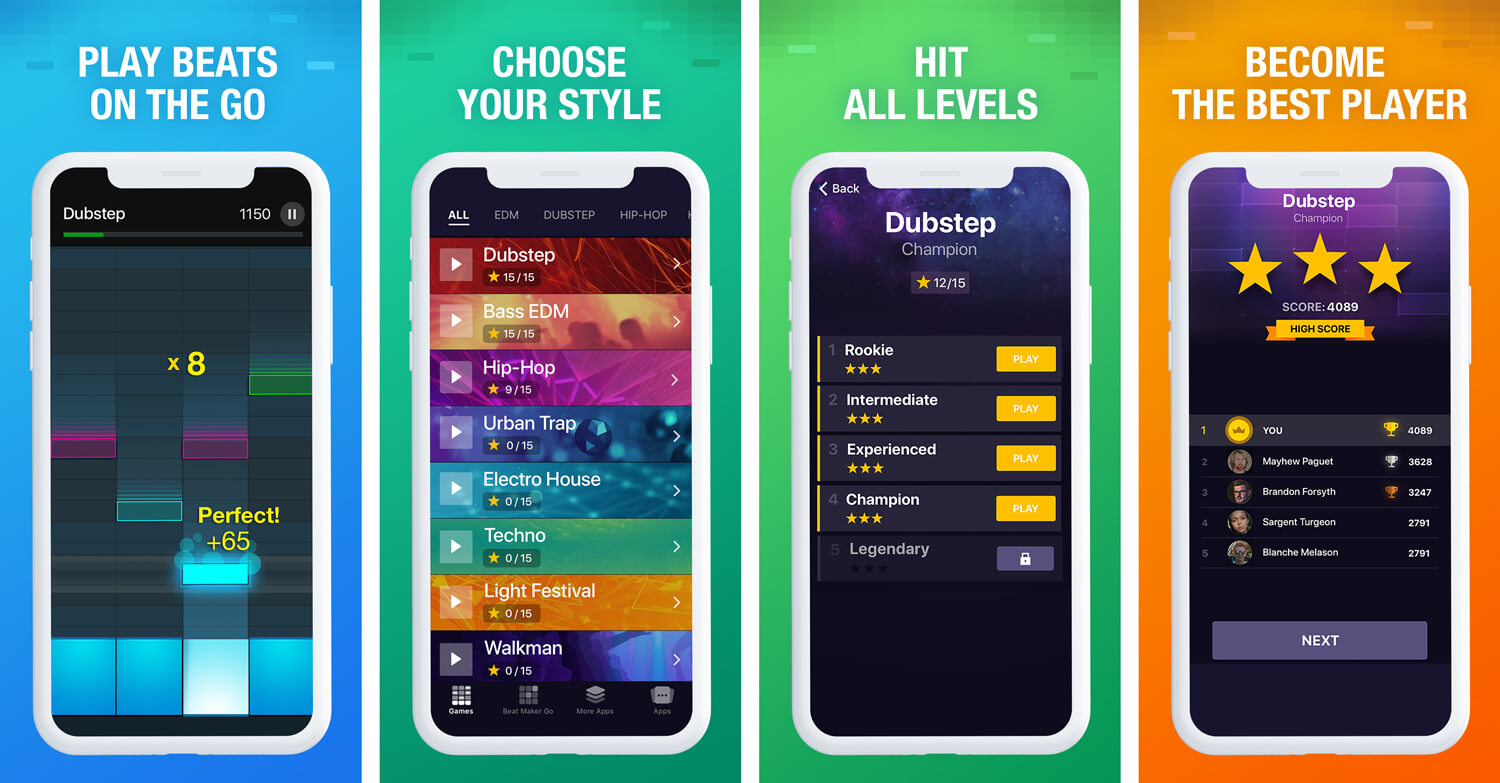 Beat Maker Star has familiar casual gaming mechanics that allow users to ‘play beats’ by tapping our dynamic pads. Four different game levels take users on the road from a Rookie to a Champion.

Our song library features a great collection of music from all the genres you’d want! There’s Hip-Hop, House, Dubstep, Drum-n-Bass, Trap, Rave and many more. Gismart works with professional producers and dedicated musicians to regularly add new, high-quality tracks, so you’ll always have the freshest beats.

Besides the entertainment factor, Beat Maker Star also helps users improve their listening skills and ability to recognize and play rhythm patterns. Music-making with Beat Maker Star is just pure fun for everyone.

Beat Maker Star is available on the App Store now, and our team is working to bring the game to Android soon. Stay tuned!