Beat Maker Go teams up with The Chainsmokers

The EDM global-sensation that is The Chainsmokers are teaming up with Gismart to take over the world’s most popular beat making app! Beat Maker Go! This is our first artist partnership, and we can’t imagine a better fit to ensure that it’s something to remember.

The Chainsmokers are bringing with them additional sound packs that are going straight to your sound pack library. They’re all built around the hits that made them the world-famous duo they are today! So, now you can experience creating music with the best in EDM. They’re not just bringing their music though. Watch out for contests with opportunities to win prizes that fans would give anything to get their hands on. Whether you’re an aspiring DJ or beginner beat maker, a fan of The Chainsmokers, or just a fan of music… You don’t want to miss this. 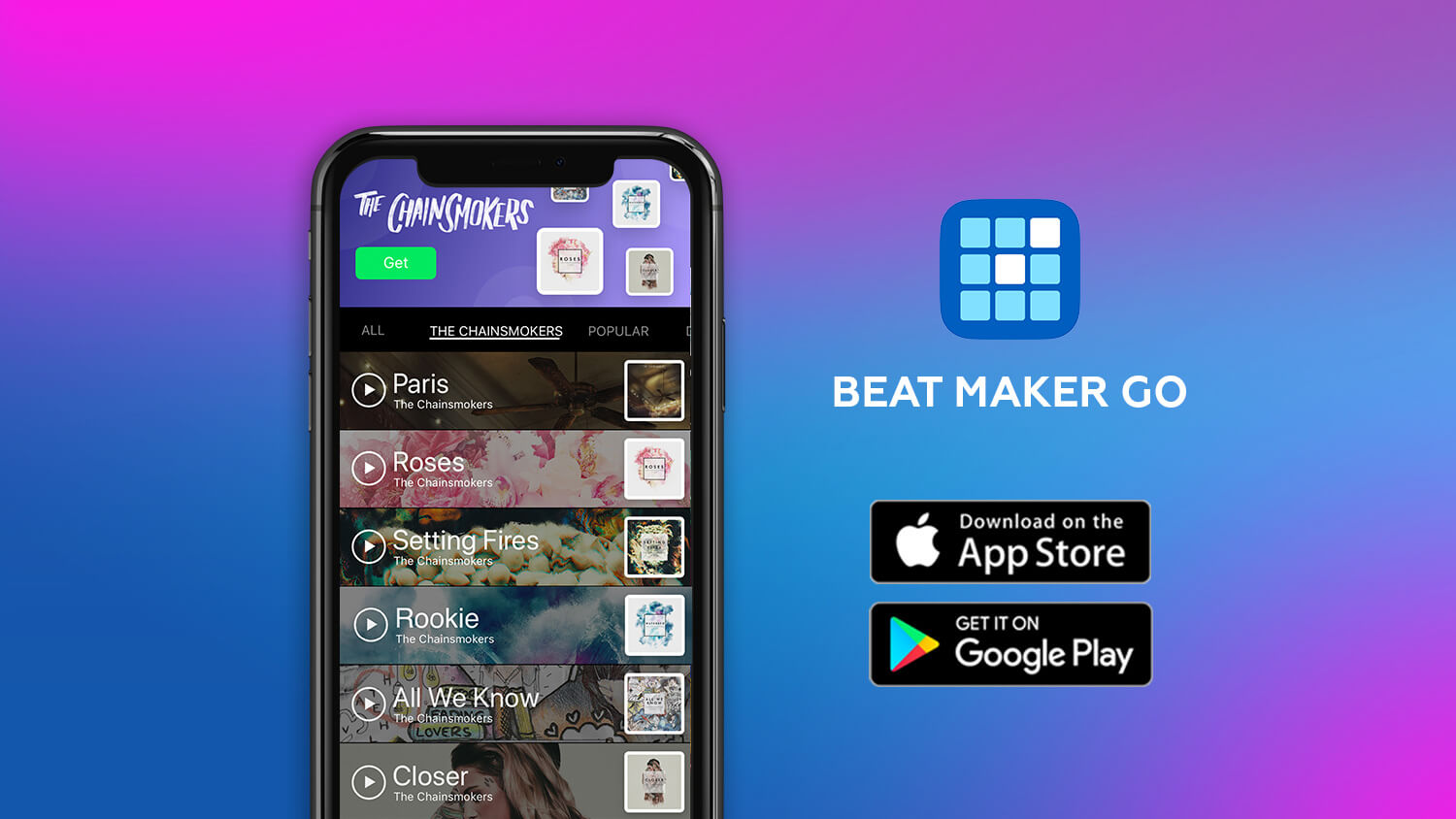 Why The Chainsmokers? They’re the most sought-after DJ duo in the world. Their hit singles Closer, Paris, Don’t Let Me Down, Roses and most recently This Feeling place them at the forefront of the EDM universe. They’re racking up billions of views online! Plus, their live shows have a reputation for being phenomenal. On top of this, they have been described by music experts as a leading force in EDM. It’s clear to see why they’re a pretty big deal.

We’re giving Beat Maker Go a full lick of paint, and you’ve guessed it, it’s Chainsmokers themed. We’re also going to be dropping the most significant update to our sharing feature yet. This comprehensive rework is going to make sharing your beats easier than ever before!

If you’re new to Beat Maker Go, here’s a quick rundown. Beat Maker Go has been the world’s #1 beat making app for over a year and has regularly been featured on the App Store and Google Play. It’s got every tool a would-be DJ needs to get started, and for the experts, everything you need to start producing beats on the fly. We worked closely with professional DJs and music producers to find the perfect balance of the right features to develop an entirely realistic mobile drum pad. Real-time audio effects and 16-beat 44,1 KGz stage quality sound means your beats get delivered to your ears in HD studio quality. On top of this, there are also a host of unique audio effects for you to take full advantage of.